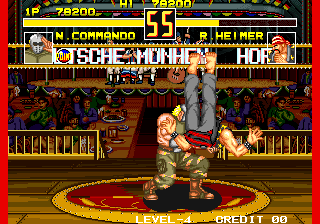 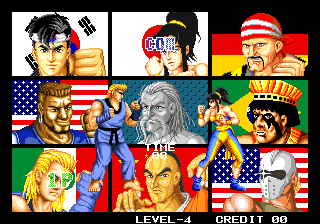 8 initially selectable characters face off to become the Tae Kwon Do master! After defeating the absolutely WACKY Master Taekuk, he becomes selectable as well to face off against end boss Karate Kenji.

This game is also known in Korea as "Wang Joong Wang" (translated from Korean as 'King of the Kings').

Fight Fever is Viccom's only game developed and released for the SNK Neo-Geo MVS hardware (but was not released on the Neo-Geo AES home console).